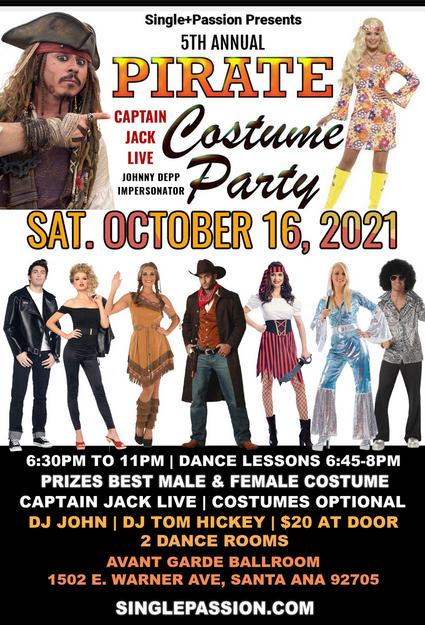 Arrr, me matey! 5th Annual ⚓OC PIRATE SINGLES PARRR-TY & ALL COSTUMES DANCE⚓ on Saturday, October 16 from 6:30-11pm. ALL COSTUMES WELCOME (no scary costumes). Costume optional. Invite your friends and join us for a fun night!

GET YOUR PICTURE WITH

GET YOUR PHOTO WITH
"CAPTAIN JACK LIVE"
SPECIAL GUEST APPEARANCE

You won't want to miss "Captain Jack Live" a Johnny Depp impersonator who has performed as Jack Sparrow and Johnny Depp all over the world for 14 years. Captain Jack has appeared on the news, television programs, live on stage, Coca Cola video, featured in newspapers, state fairs and events all over the country including Alaska.

Do the fun icebreaker taking the free dance lessons from 6:45-8 PM. Dancing follows from 8-11PM in two ballrooms with dance music featuring DJ Tom and DJ John. Plus, learn to swashbuckle, find hidden treasure and get your photo with Captain Jack.

DJ John will play a fun VARIETY OF MUSIC for dancing with a mix of Top 40, Oldies and your Favorite Tunes.

⚓ FREE PARKING
Park anywhere with plenty of free parking in the center. 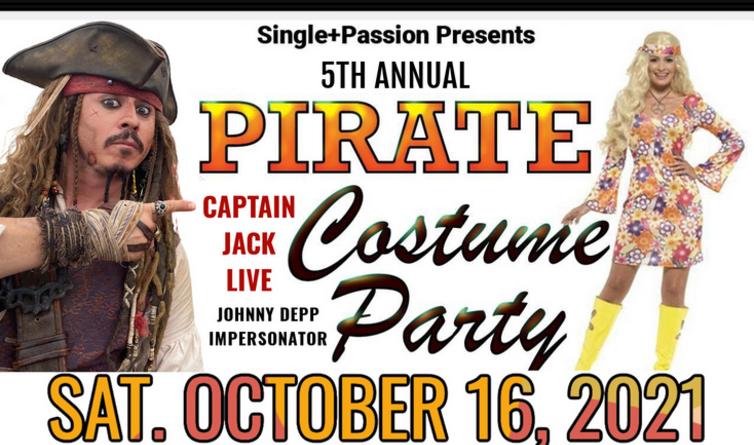